Our mission is to excel in the delivery of opportunities for affordable housing that empower, build, and sustain vibrant self-determined communities on the Arctic Slope for generations to come.

It’s just not just what we do, it’s the way we do it. These are the A.R.C.T.I.C. values that set TNHA apart:

We own our actions and work hard to earn and keep the public’s trust.

We have due regard for the rights, wishes and feelings of all.

We show care and sensitivity for the concerns of others.

Our strength comes from our combined efforts as a group.

We strive to model honest and upright conduct at all times.

We uphold our words with action.

The Arctic Slope Native Association, ASRC’s non-profit arm, was in turn empowered by state law to form a public corporation to address housing needs, and on September 18, 1974, the Arctic Slope Corporation Housing Authority was incorporated.

Twenty years later, in 1994, our Board of Commissioners changed our name to Taġiuġmiullu Nunamiullu Housing Authority, to avoid any confusion with ASRC. In 1996, Congress passed the Native American Housing and Self-Determination Act (NAHASDA), which consolidated several Indian housing programs into block grants exclusively available to federally recognized tribes. Under NAHASDA, TNHA continues to manage a portfolio of Indian housing projects developed with federal assistance prior to 1996. NAHASDA also authorizes TNHA, as the Regional Housing Authority, to administer block grants for individual tribes who designate TNHA as the recipient of their housing funds.

Read About Our Impact 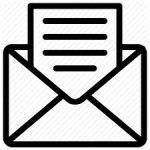 Get the latest news, events, and updates from TNHA.